Quick wins can be implemented in a relatively short time with a restricted budget, and these changes can significantly improve the experience in the public space for residents and visitors.

In 2019, the Živé námestie (Vivid Square) project was taken over by the Metropolitan Institute of Bratislava /MIB/, which used the documents from the project to prepare a time line for implementing improvements that can bring quick and positive change for the residents of the city.

The changes were proposed in a way that will not constitute a barrier for the later competition or sunk costs if these elements are considered redundant in the competition result. For this reason, we propose placing trees in containers.

The quick wins can also be used to test various interventions in the public space. For instance, we can verify which spots are suitable for plants and trees, what spacing is needed between posts, or how to make the management of the squares more efficient. This knowledge can be used in other areas too and serve as an inspiration for the manual for public spaces which is being drafted by the Metropolitan Institute of Bratislava. 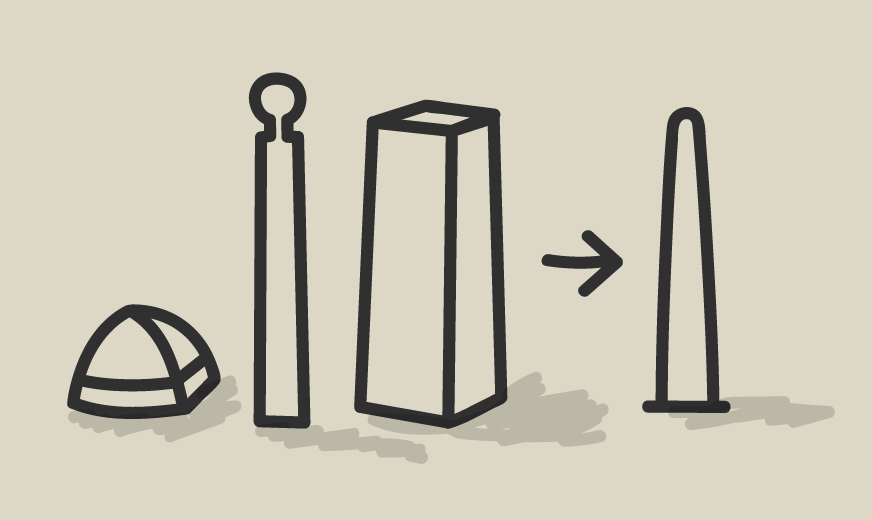 Analyses showed that there were 61 different types of objects (furniture) in the following composition: 16 types of pots, 7 types of litter bins, 5 types of bicycle parking racks, 7 types of benches,13 types of safety barriers, 8 types of information boards and 5 types of kiosks. A part of them will be removed and another part will be replaced. The result is a decrease in the number of types of furniture from 61 to 17 standard types, which bring more harmony into the space. 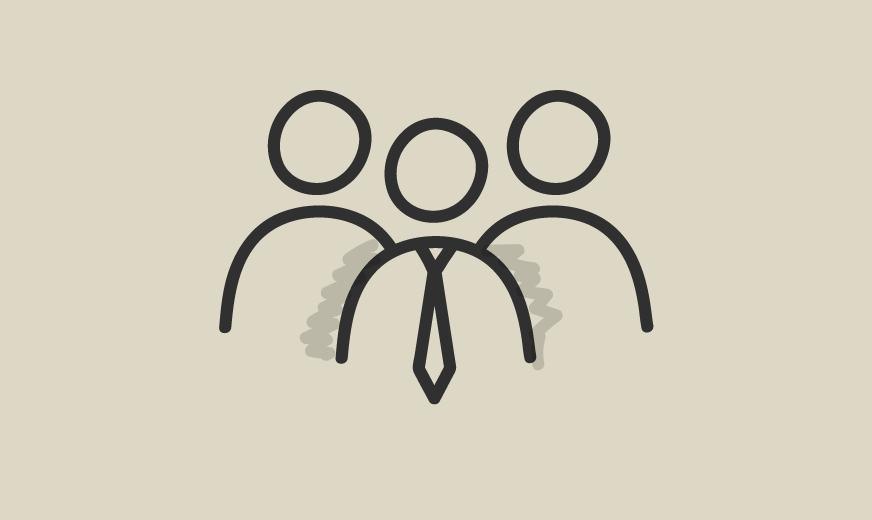 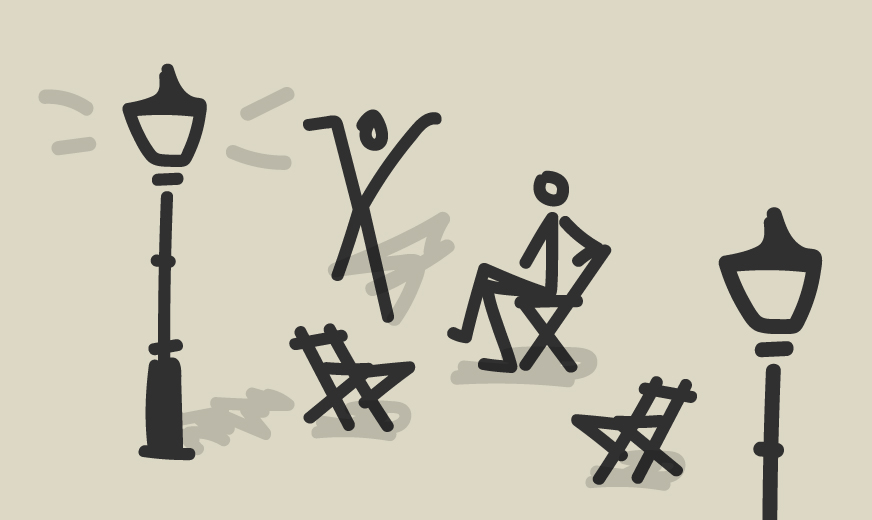 In order to increase social control, we added public street lighting in Kamenné Square, Velvet Revolution Square, Treskoňova Street and SNP Square. Moreover, trees in front of the Old Market Hall and shrubs around the SNP Memorial were trimmed, and we also removed shrubs in Kamenné Square. In cities across the world, socially neglected areas are often taken on a higher level by adding a programme and activities attractive for different target groups. We also work on coordinating and creating cultural and social programme in this area. Art was brought to Treskoňova Street in cooperation with Kunsthalle, and social control in the area is improved also by the Sadni si! (Sit down!) project and the Local Administration. 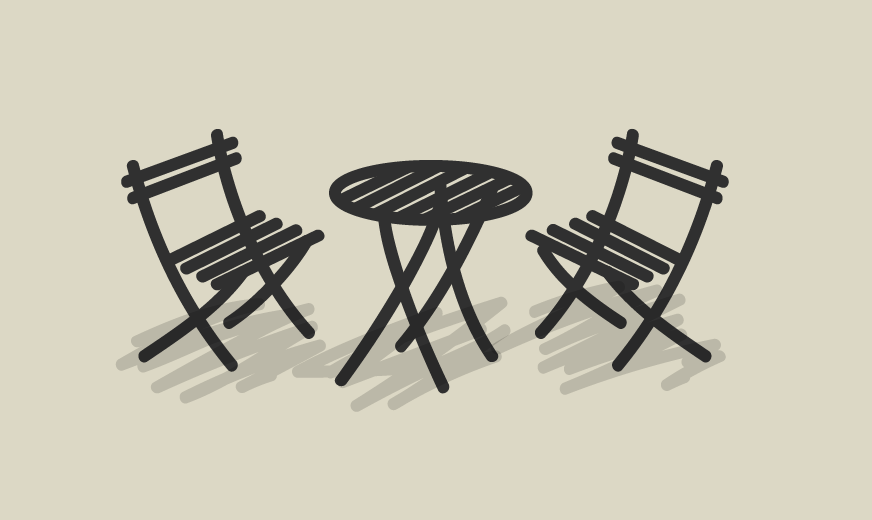 In order not to create new barriers in the squares by placing new fixed benches, we will create year-round seating in places with existing barriers or where necessary, because seating in the public space also creates social control. From April until October, year-round seating is complemented by the so-called seasonal seating, which can be moved (e.g. in the summer from the sun to shade). 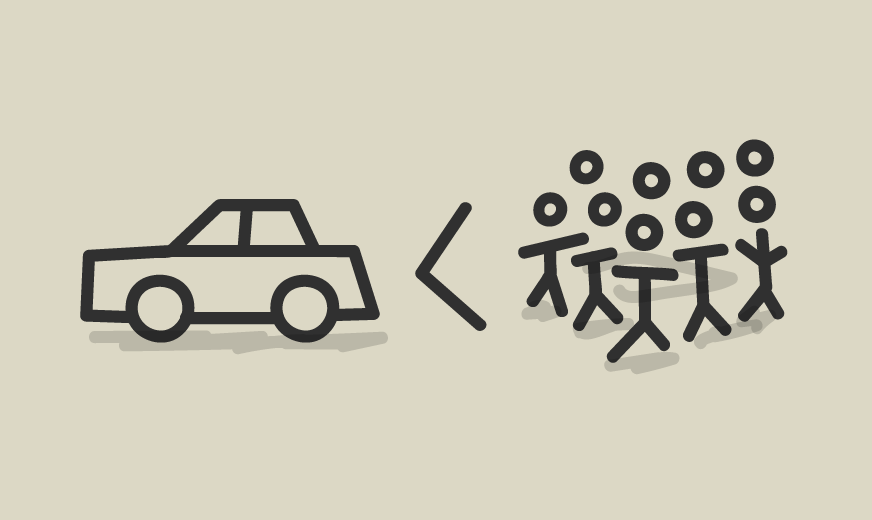 We will give priority to pedestrians

The collected data show that over 40 thousand people cross the squares each day, and they usually walk or use public transport. Only around 5% of people come here by cars. In the narrower part of SNP Square and in Klobučnícka street, we are widening the pavement for pedestrians at the expense of parking. 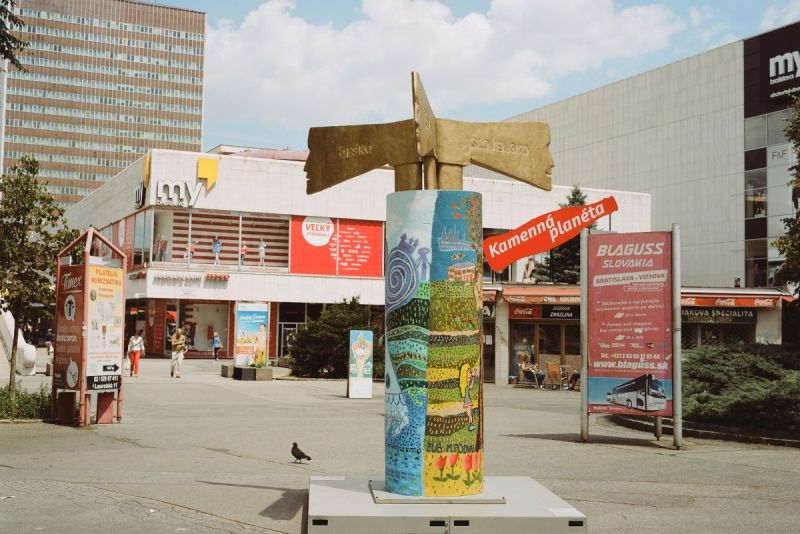 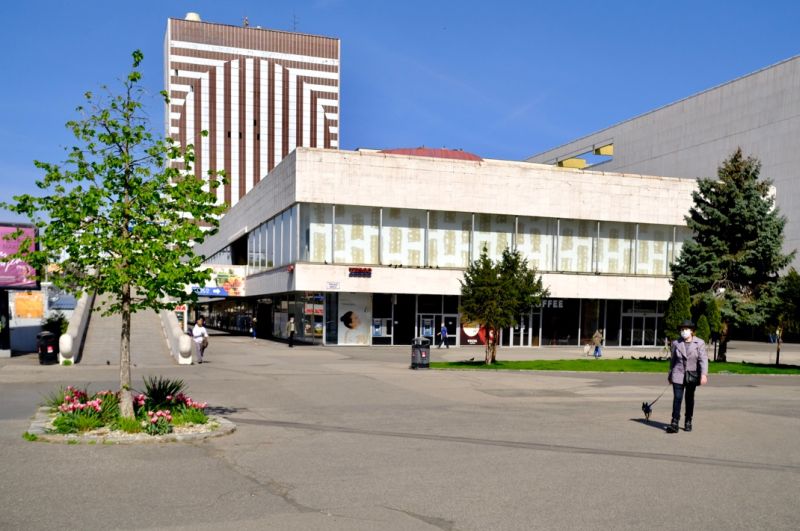 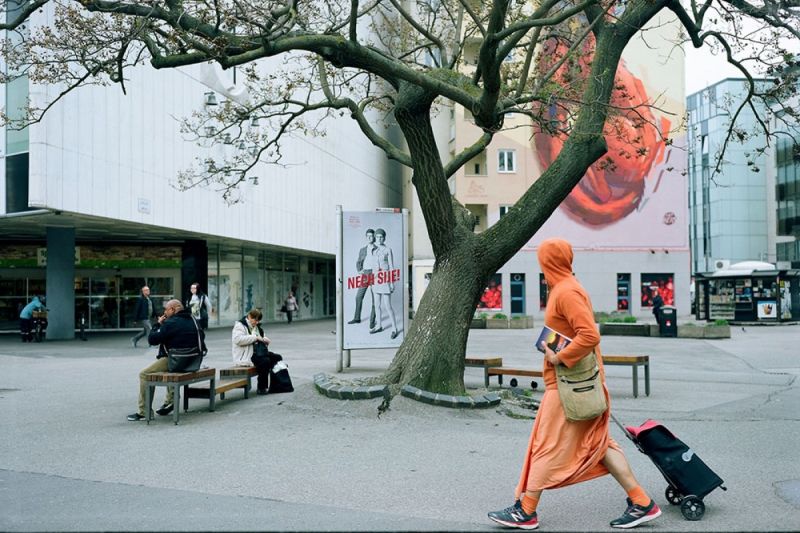 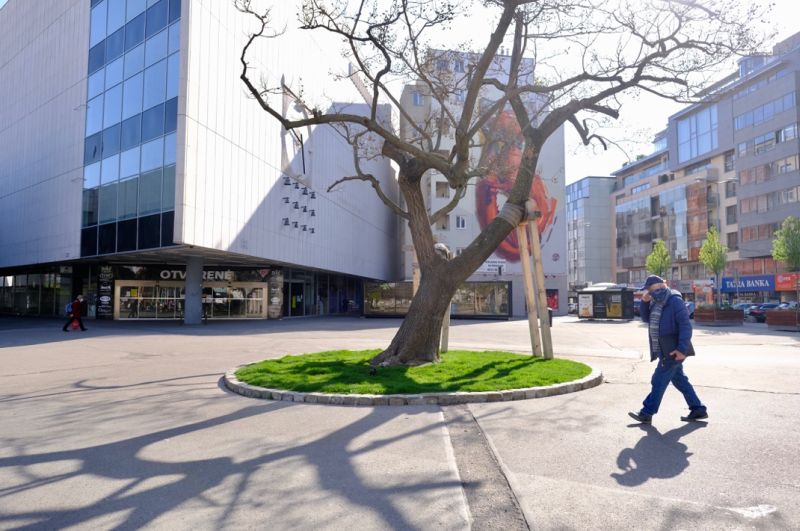 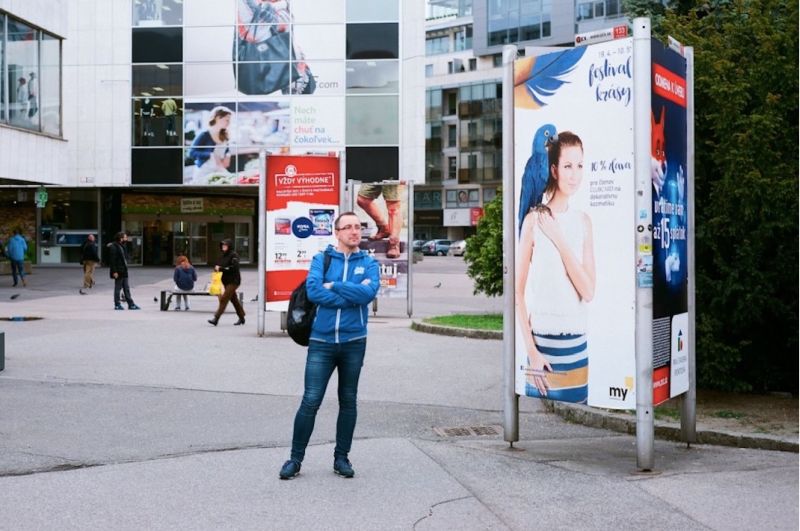 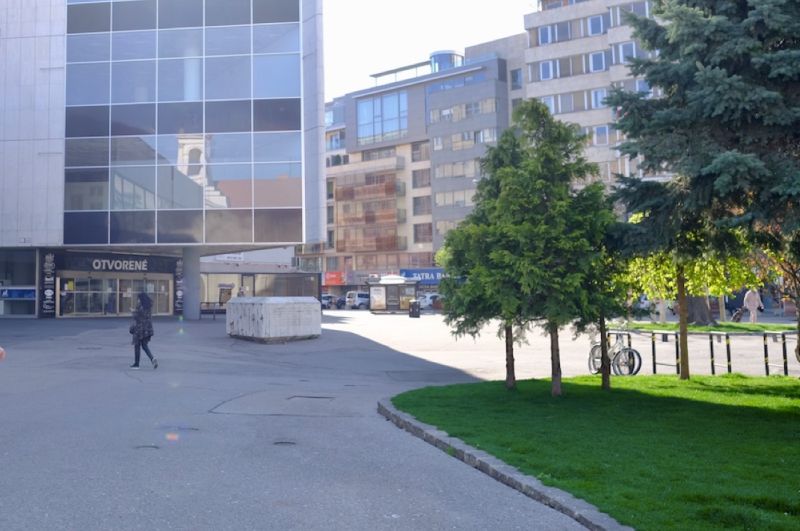 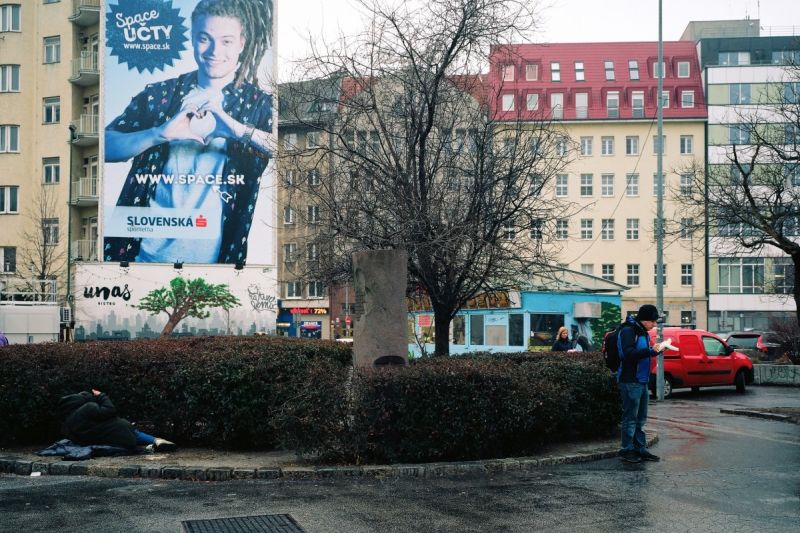 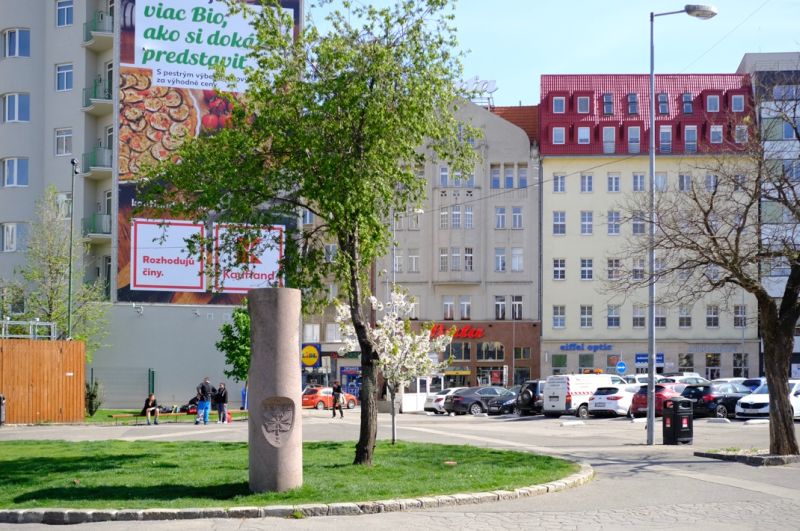 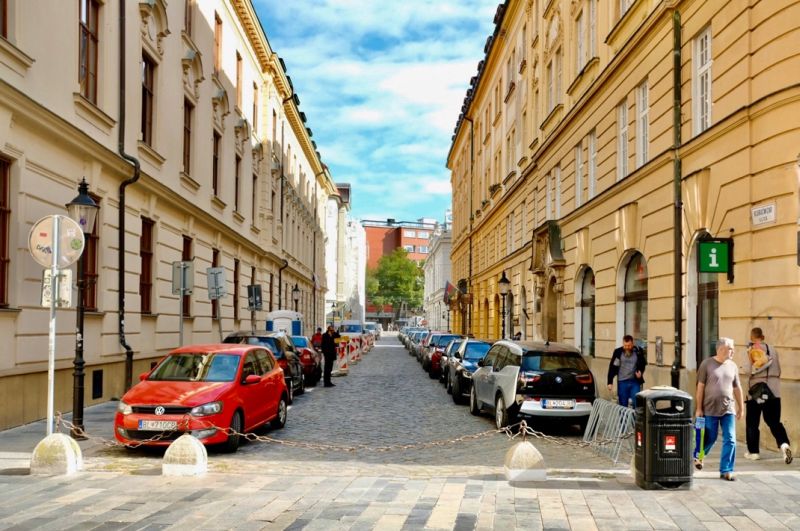 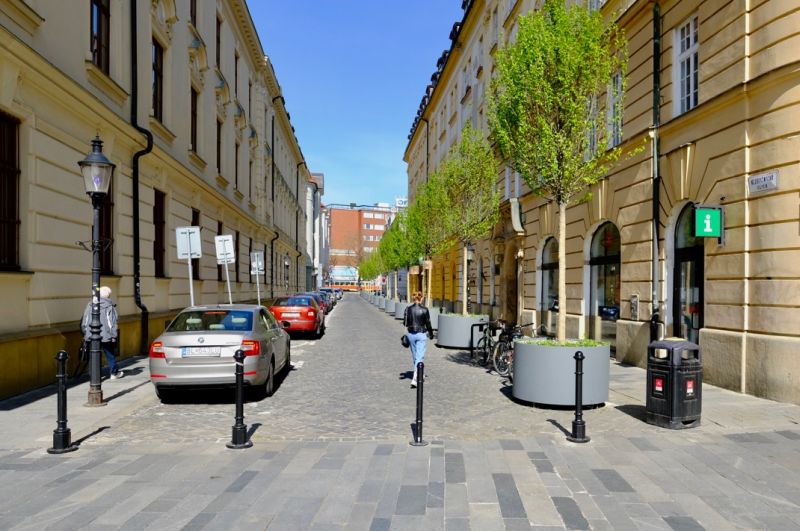 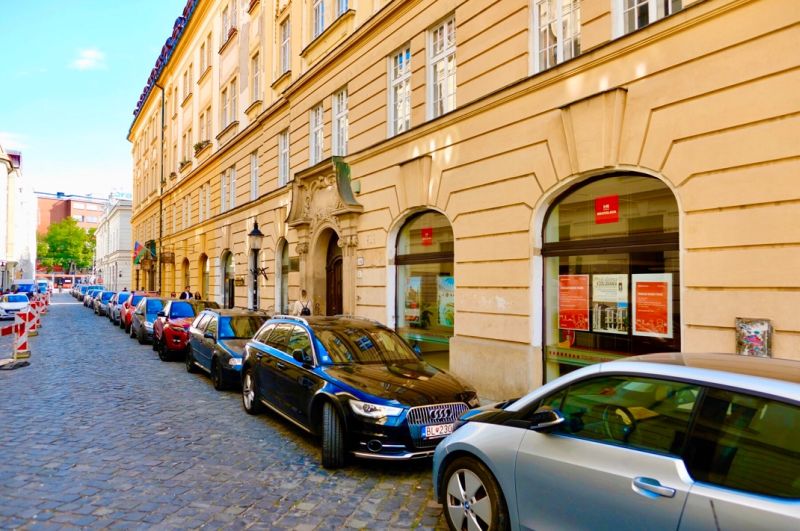 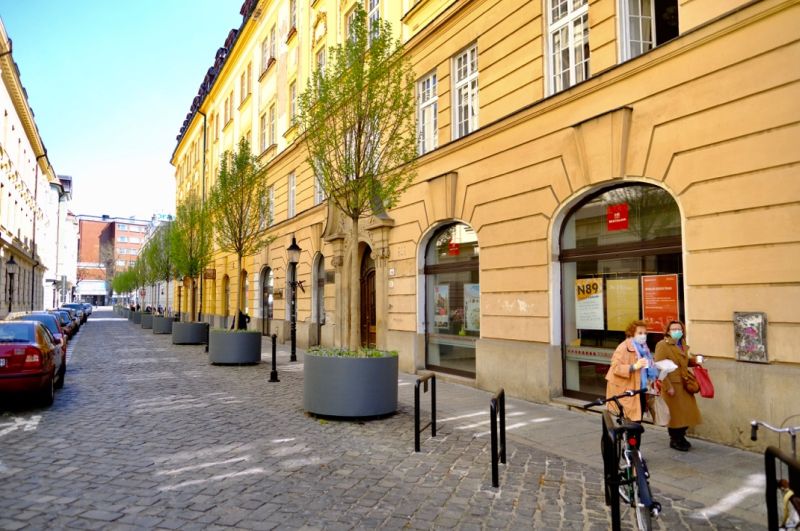 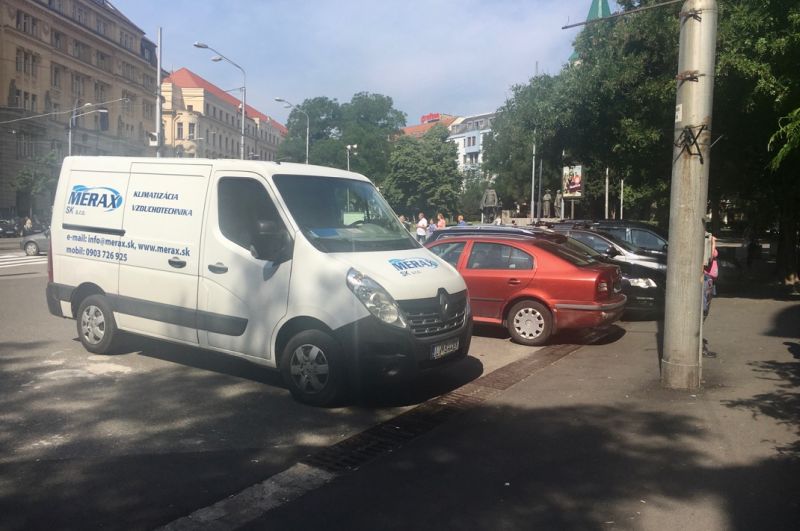 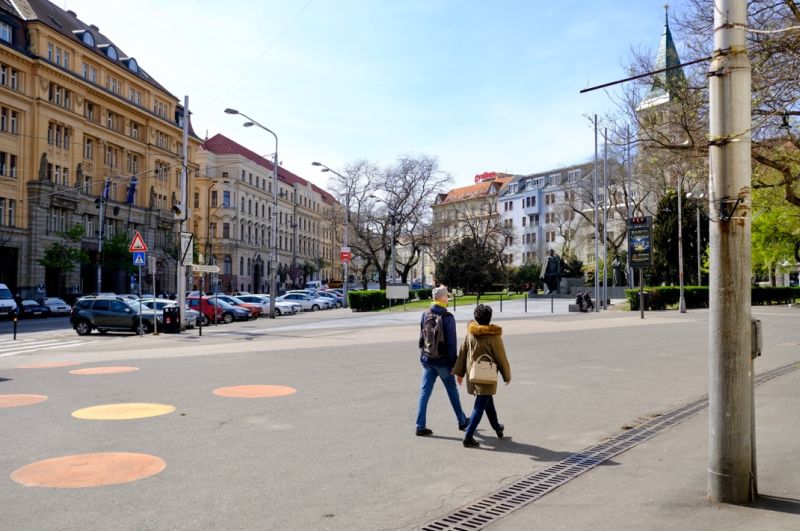 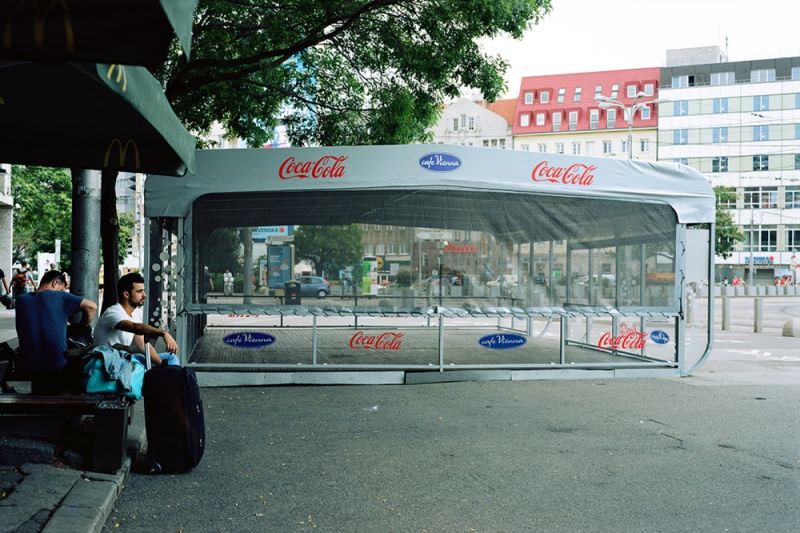 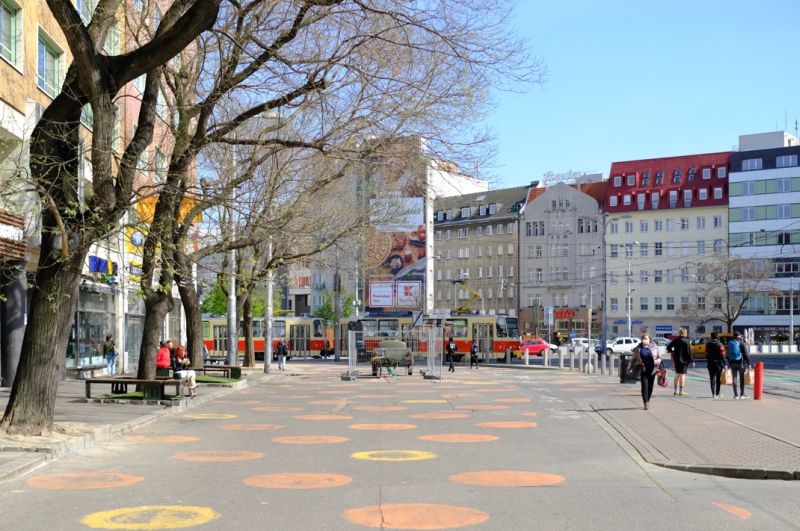 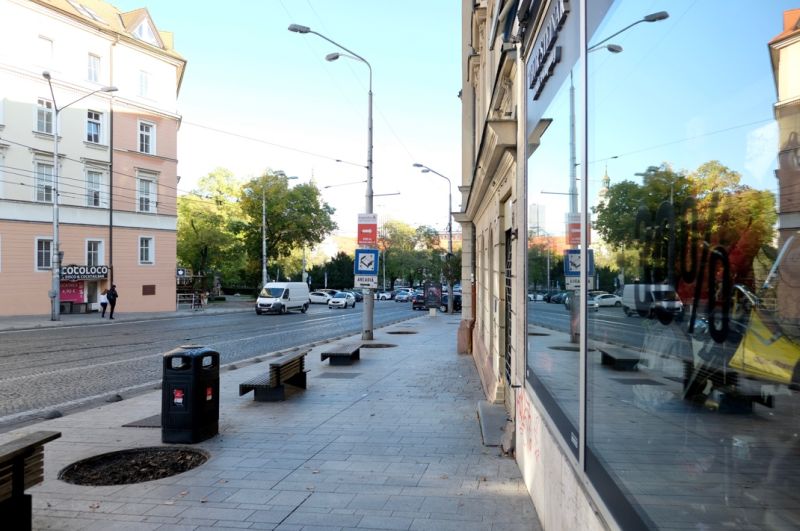 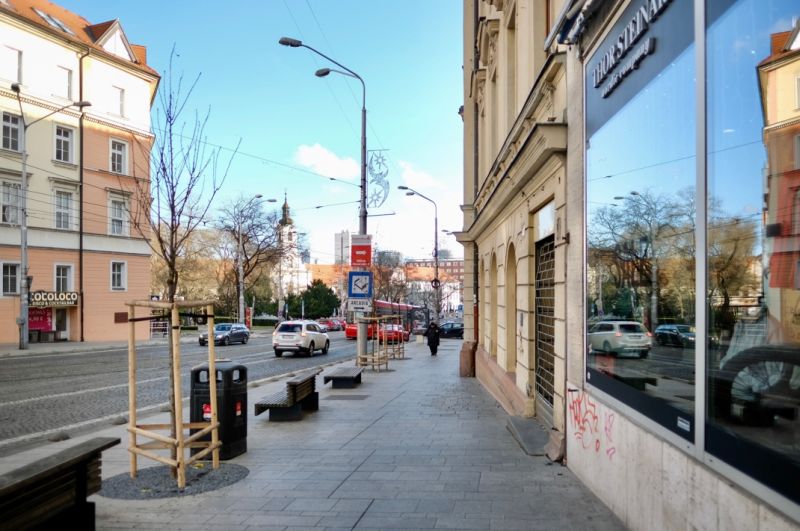 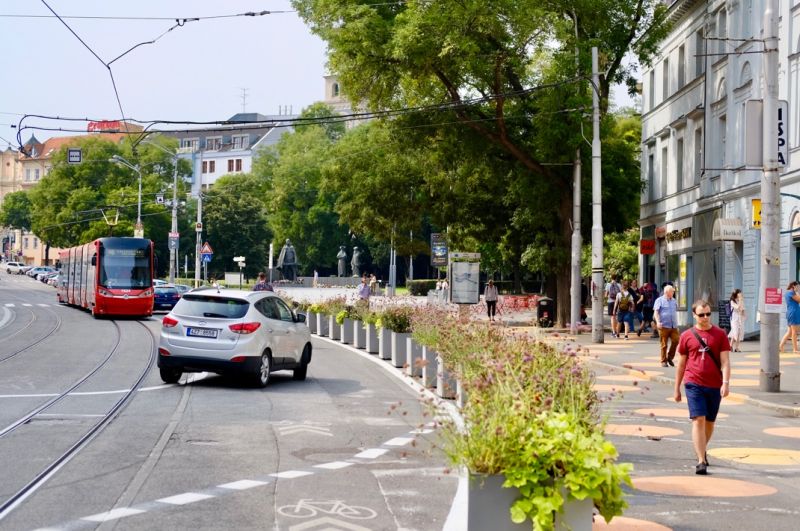 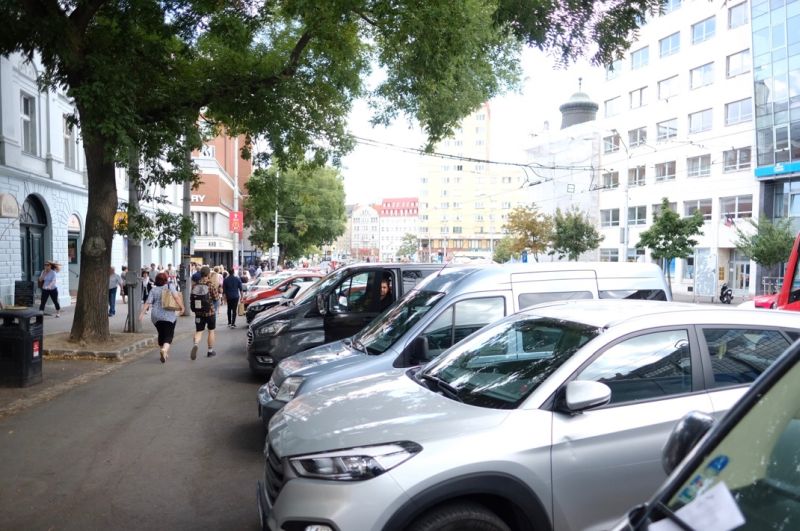 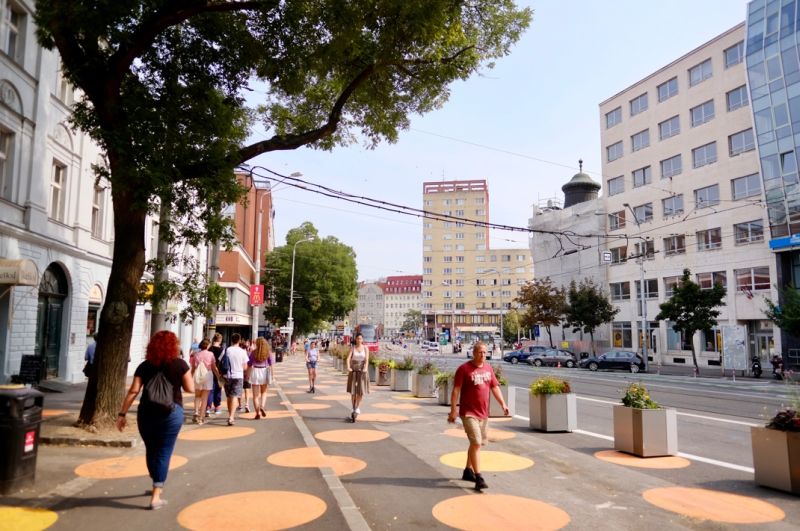 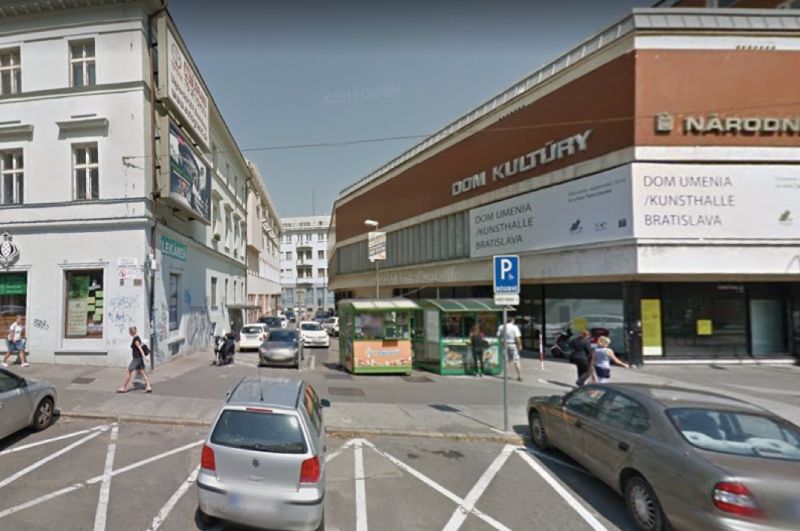 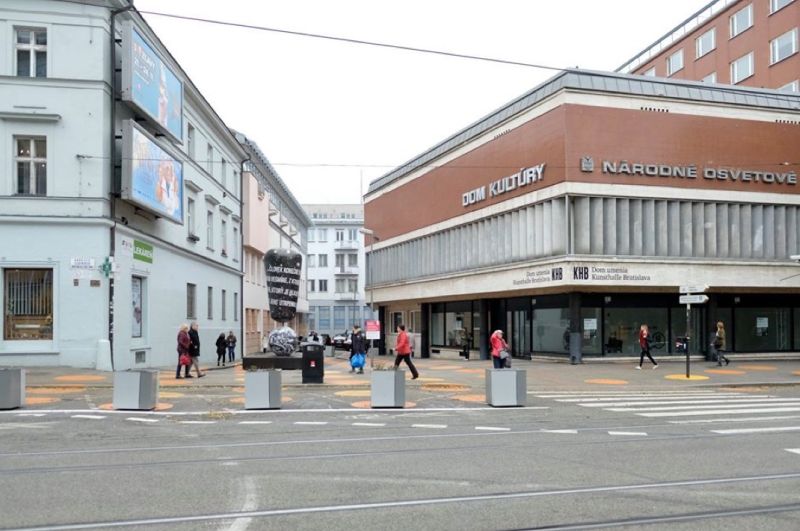 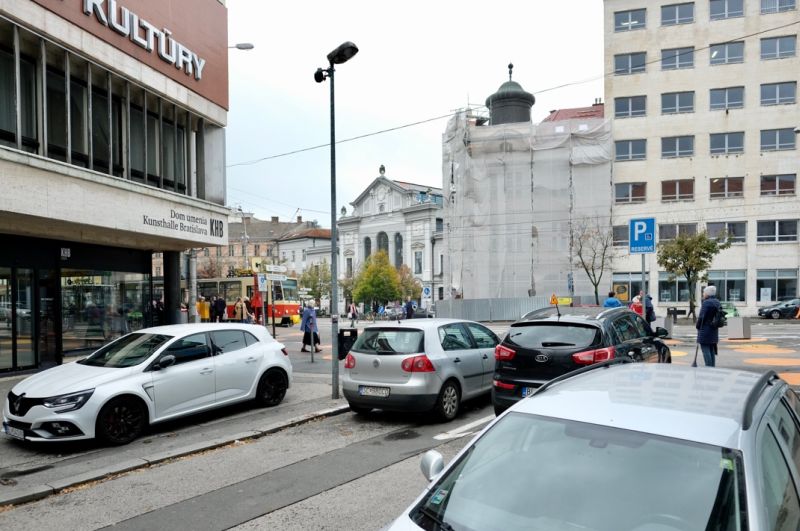 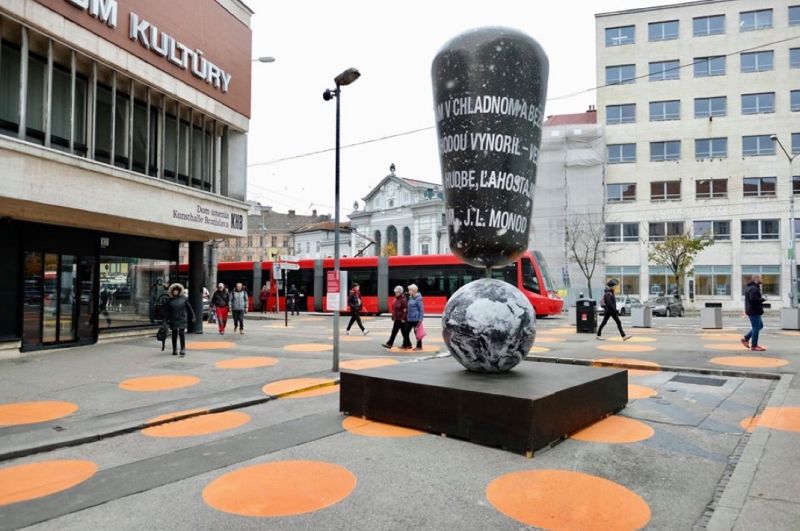 These modifications were proposed as optimal solutions as regards time and funding, with the most positive impact on the quality of the space in the squares. The aim was to perform interventions that would not constitute a barrier for the later competition or sunk costs if these elements are considered redundant in the competition result. That is why we proposed the placing of mobile trees and mobile seating furniture.